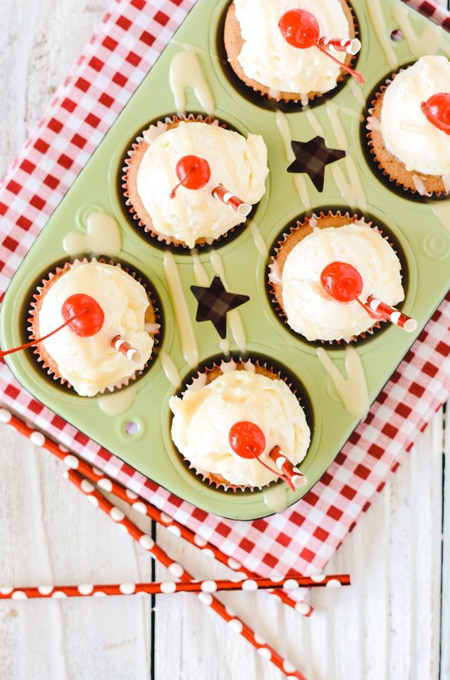 This recipe uses the creaming method which combines the butter and sugar. For best results, make sure your butter is 65 to 70 degrees. Your butter should be soft enough that when you press it with your finger it will leave an indentation. The butter and sugar mixture should be light in color and fluffy in texture. 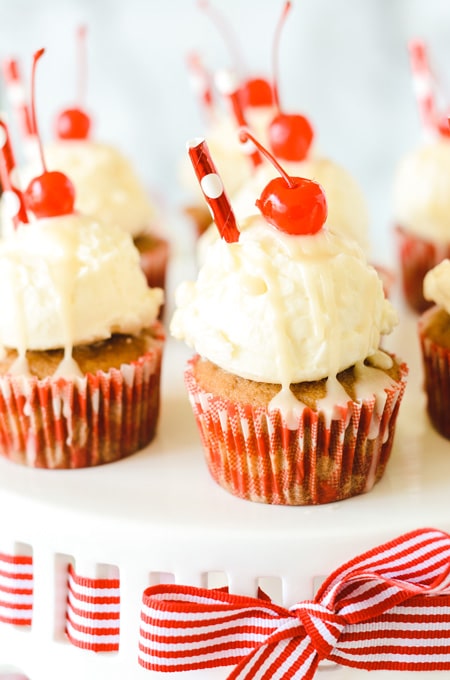 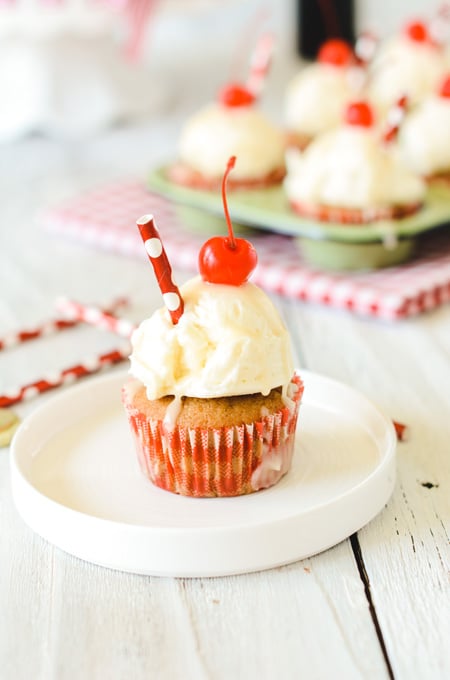 Don’t skip the icing! It adds even more root beer flavor to these Root Beer Float Cupcakes and is reminiscent of the classic root beer float that has those drips of sweet goodness overflowing the sides of the frosted mugs. And these cupcakes aren’t complete without the cherry on top! 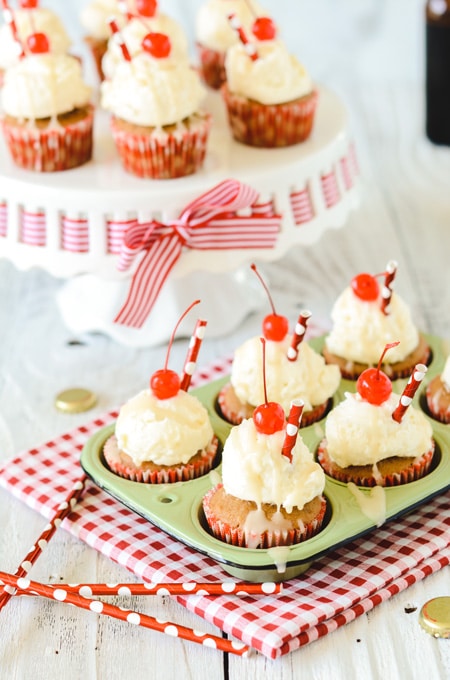 There are several steps to creating these Root Beer Float Cupcakes so it’s best to plan it all out before getting started. Here’s what my plan looked like. 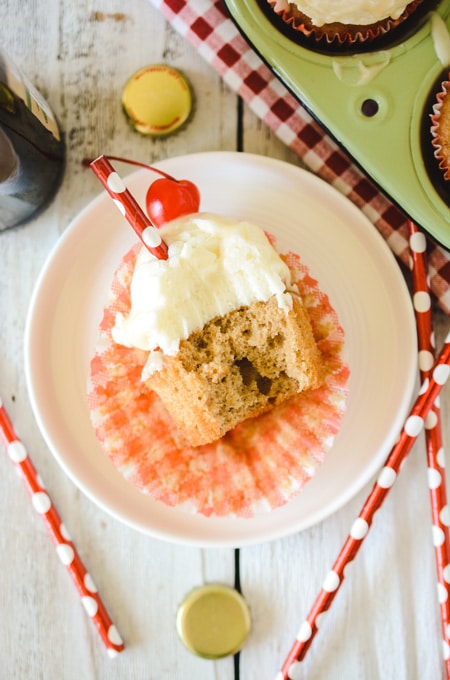 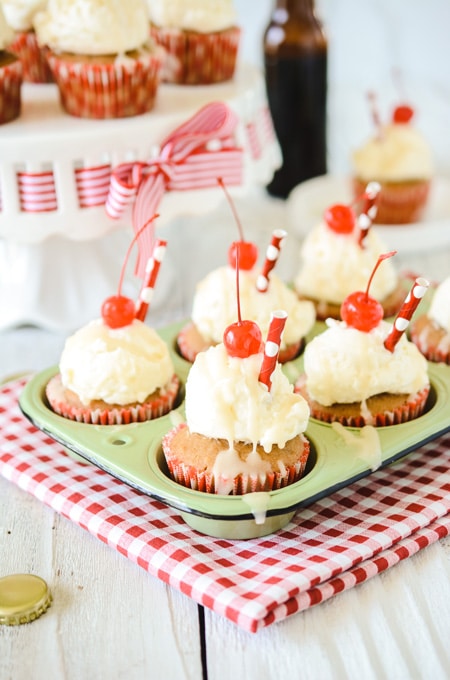 Make Ahead: Cupcakes can be made up to 3 days in advance, stored in an airtight cake container.