I’m here anxiously waiting for our first cold (or cool) front to arrive. And while I’m waiting, I’ve been stocking up on some soup and stew recipes the last few weeks, so that you and I will be ready for when it does get cold here in south Texas!

Plus, you’ll love that this Easy Seafood and Chorizo Stew can be made on a weeknight! 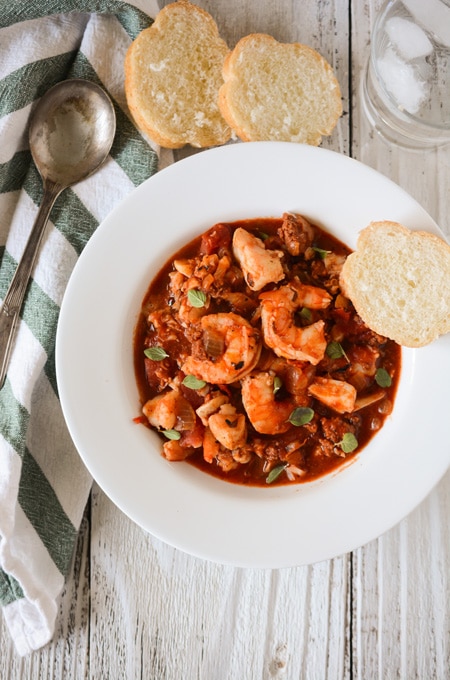 Maybe it’s because I live in Texas, but I’ve had a hard time finding Spanish chorizo. So I used Mexican chorizo, because it’s easy to find in my area. But, you usually can’t substitute Mexican chorizo for the Spanish version. 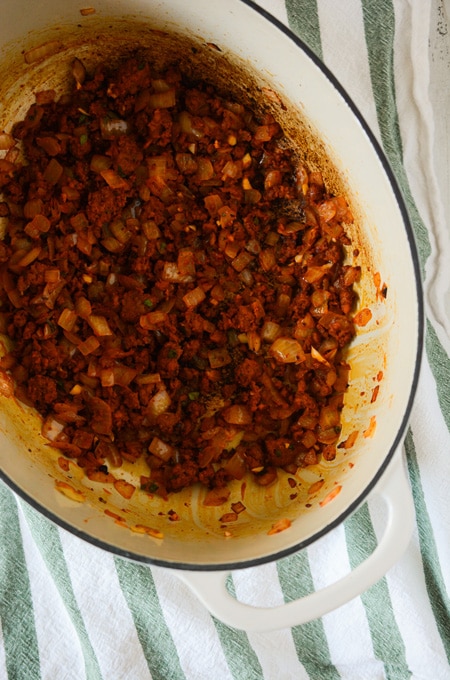 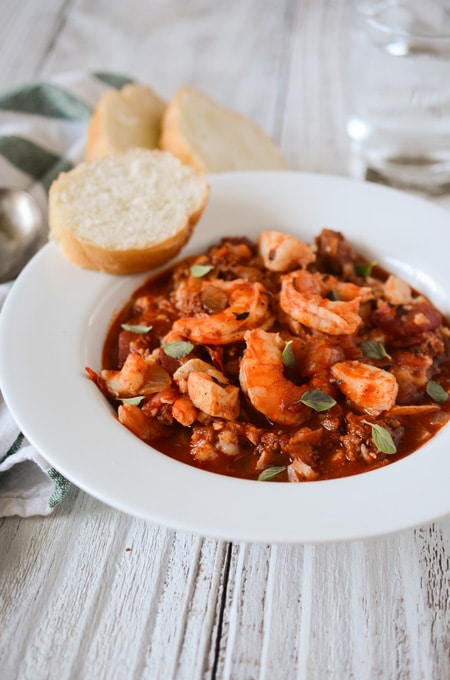 You can also substitute Spanish chorizo with salami if that’s more your thing. 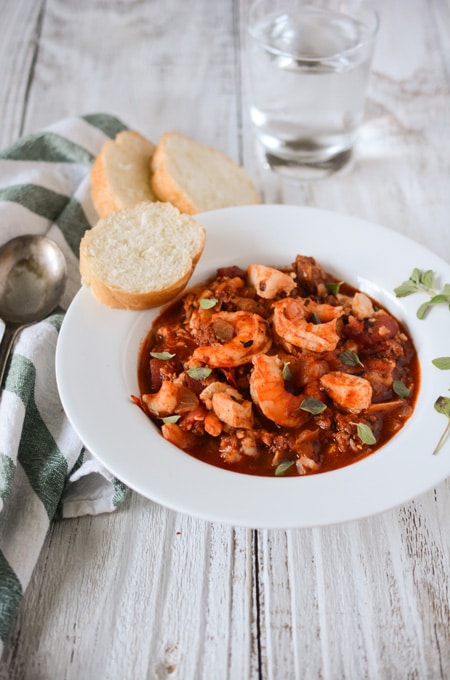