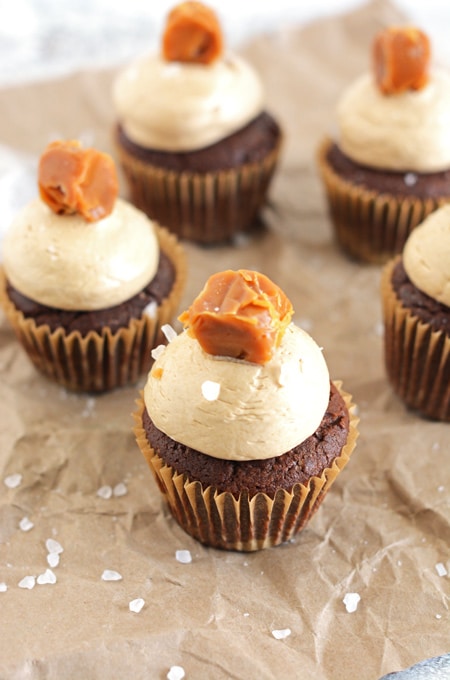 These Chocolate Cupcakes with Caramel-Espresso Buttercream are absolutely AMAZING! The base of these cupcakes is almost like a light and fluffy brownie that’s full of chocolatey flavor, but not over powering. 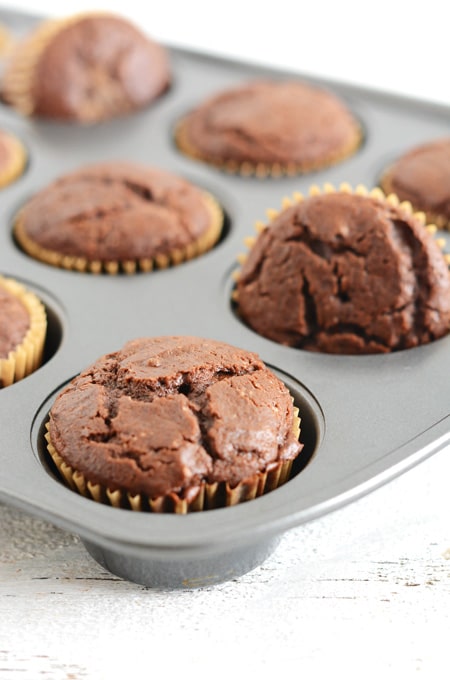 And the Caramel-Espresso Buttercream is the perfect topping. It’s light and creamy and the caramel-espresso flavor pairs well with the chocolate cupcake. I truly am in love with this recipe.

This is a French-style buttercream made with brown sugar instead of white, which turns into caramel giving this buttercream its flavor. Plus, the addition of espresso powder compliments the caramel perfectly! The Caramel Espresso Buttercream is truly heavenly, but can be a bit tricky to make. Scroll down to read some tips I’ve learned while making the buttercream for these Chocolate Cupcakes with Caramel-Espresso Buttercream. 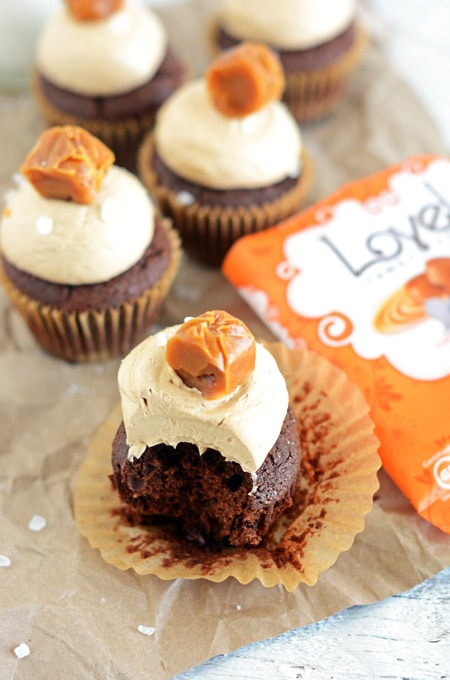 And last but not least, top your cupcakes off with a candy caramel. I usually like to make everything, down to the cupcake garnishes homemade, especially if I’ve gone through the trouble of making homemade cupcakes, however I find Lovely’s candy very worthy.

They are made with real butter, sweetened condensed milk and molasses. No high fructose corn syrup or artificial colors. Just pure and simple ingredients. And that is something I can stand behind. 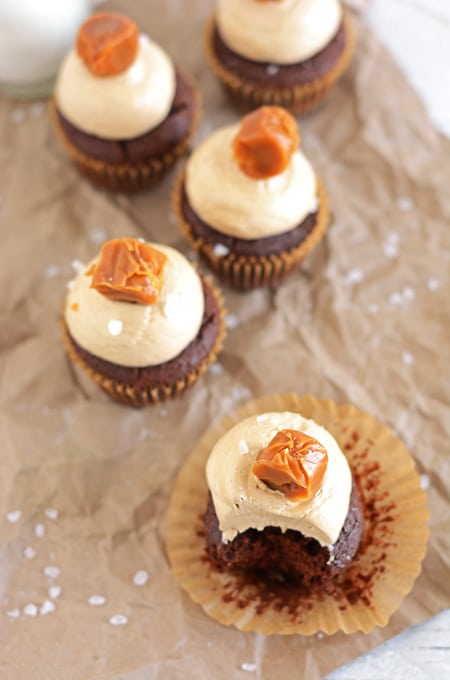 Adapted from The Cake Book

Unfrosted cupcakes can be stored in an airtight container and stored at room temperature for 3 days.

Frosted cupcakes can be stored in an airtight container and stored in the refrigerator for up to 3 days. Bring to room temperature before serving.

As an Amazon Associate and member of other affiliate programs, I earn from qualifying purchases.